I am a new Linux user and not familiar with crontab syntax. How do I use a cron job to restart server process if not running on a Linux or Unix-like system?

There are many ways to make sure that the essential server process such as HTTPD/Nginx/PHP-FPM/MySQL remains up and running all the time. 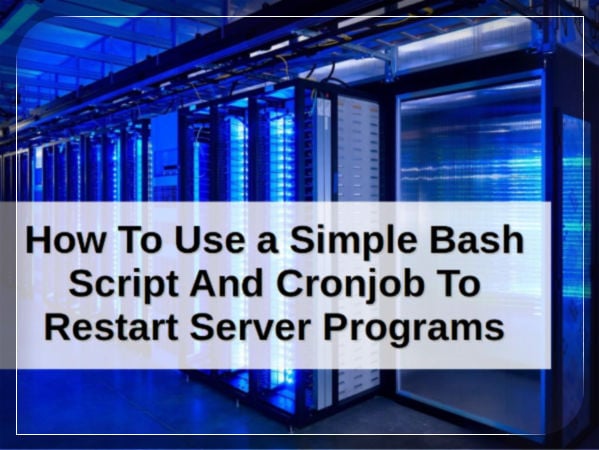 This tutorial shows how to create and use a simple bash shell script to restart failed services using crontab.

Cron allows Linux and Unix users to run commands or scripts at a given date and time. You can schedule scripts to be executed periodically. Type the following command:
# crontab -e
Append the following code to restart httpd
## restart httpd if not running. check for httpd every 5 mins
*/5 * * * * /root/bin/restart-httpd >/dev/null 2>&1
Save and close the file.

A note about Linux and systemd based system

This is easy to setup and uses method to make sure an app/service remain online if killed due to some issues. A better and more reliable solution is monit monitoring software for restarting services such as mysql, apache and sendmail under a UNIX / Linux operating systems:

Monit is a free and open source software that acts as process supervision. It comes with the ability to restart services which have failed. You can use Systemd, daemontools or any other such tool for the same purpose.